It’s actually been over a week since my last post and a lot has taken place since then.  Probably most important among the changes, I’ve rename the project from “Of fence” to “Trellises.”  When I first conceived this venture, I was looking at the three pieces to be grouped and moved together as “a sort of fence.”  As I began constructing the three trellises, however, I came to see them less as a connected unit and more as individual entities that need to move on their own.  Hence, the fence has ceased to exist and the trellises have emerged.

Another reason for the renaming:  a trellis is usually a free-standing structure which supports fruit trees or upon which vining plants climb.  Not only are the trellises I’ve constructed meant to stand on their own (at least I hope they do, literally and figuratively), but they are also the structures which will support my painted canvases (the fruit of my creativity?).  Additionally, trellis is an appropriate title since I am erecting three structures and the word trellis derives from the Latin trilix which is a shortening of tri- (three) and licium (to warp thread).  Some parts of the three trellises have been bent or warped, so I’m honoring the spirit of the word.

Other things that have taken place: 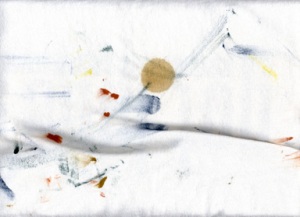 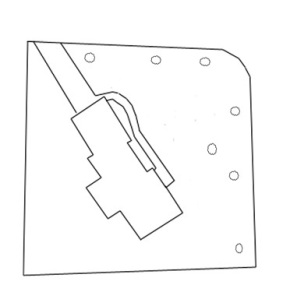 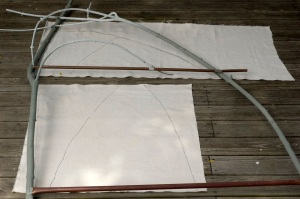 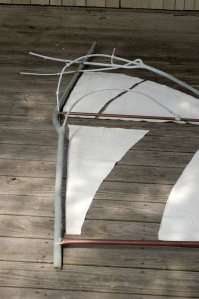